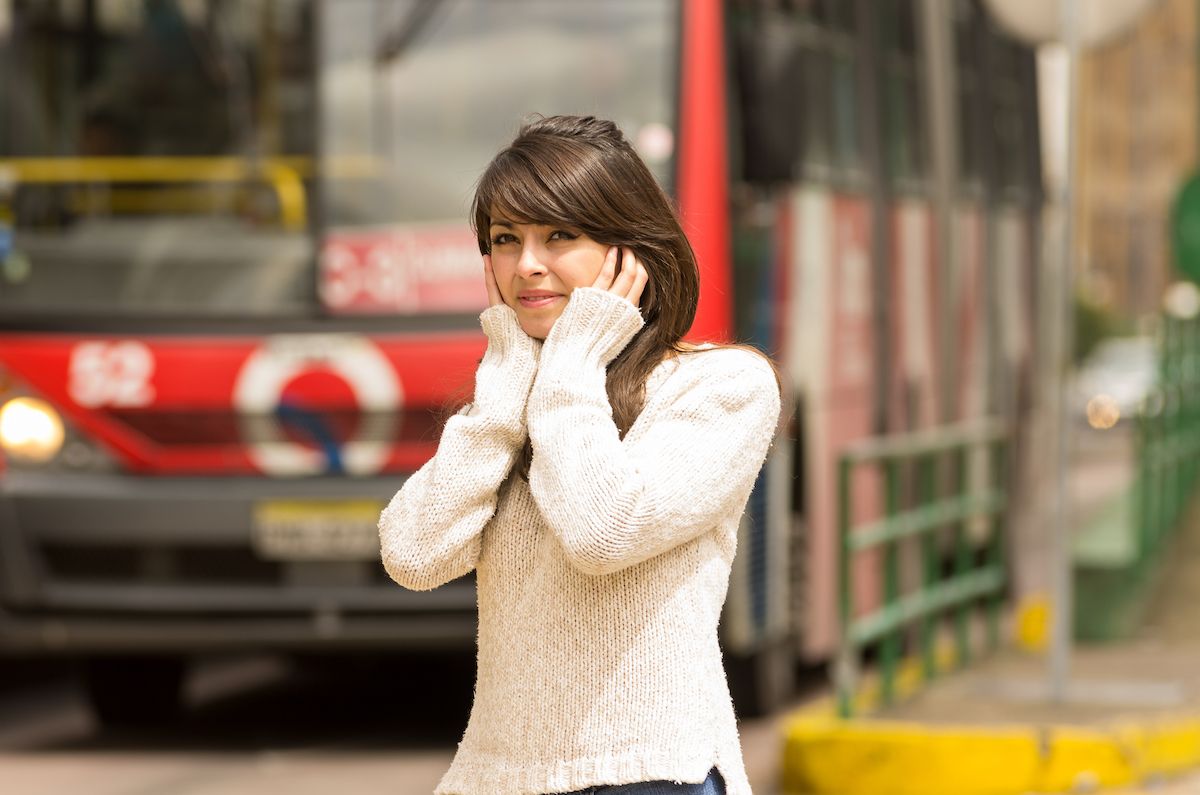 It’s not just lawn mowers and leaf blowers that can impact your hearing. Find out about ordinary sounds that are louder than you think and how you can reduce your risk of hearing loss.

If you haven’t heard the stats, now may be a good time: According to the Centers for Disease Control and Prevention, almost two out of 10 adults in the United States between the ages of 20 and 69 have permanent hearing loss due to excessive noise exposure.

Noise-induced hearing loss, or NIHL, occurs when loud noises cause damage to the sensitive inner ear. Sounds that are louder than 85 decibels can contribute to NIHL — and some of the types of damaging noises might surprise you. Here are just a few.

1. A night at the movies

Watching the latest action flick could leave your ears a bit shell-shocked. Noise levels at a movie theater clock in between 74 and 104 decibels.

2. Hitting the road on a chopper

Registering between 80 and 100 decibels, the classic vroom vroom of a motorcycle engine can damage your hearing.

3. Maxing out your headphones

The World Health Organization estimates that nearly half of all people between 12 and 35 years old might be exposed to unsafe levels of sound from their headphones or personal audio devices. That’s because at full volume, they can deliver sounds at the 94 to 110 decibel level.

4. Catching a game at the stadium

Noise levels at sports events can hit it out of the park at anywhere from 94 to 110 decibels.

5. Going to a live concert

Not surprisingly, concerts are pretty noisy, with sounds ranging from 94 to 110 decibels.

6. Hearing the shrill of a siren

There’s a reason you want to plug your ears when you hear sirens: They can produce sounds between 110 and 129 decibels.

7. Going to a fireworks display

It’s not just the visuals that make fireworks spectacular — the noise they produce can reach 140 to 160 decibels.

How do I know if I have NIHL?

NIHL can occur in one or both ears, and its effects can be subtle at first. You may have difficulty hearing someone when you’re in a loud room or need to raise the TV volume higher than usual. Sounds may be muffled or distorted.

“We typically experience NIHL as a feeling of fullness in our ears, along with tinnitus, or ringing,” says John S. Oghalai, MD, an otolaryngologist at Keck Medicine of USC and chair and professor of otolaryngology – head and neck surgery at the Keck School of Medicine of USC. “While some of these symptoms may disappear over the next day or two, some permanent damage can remain.”

Reducing your risk for hearing loss

The good news is that NIHL is the only type of hearing loss that’s preventable. Two key factors in NIHL involve the length of time you’re exposed to a sound and how far you are from its source. Whenever possible, try to stay away from sources of loud noise, and when you can’t, wear earplugs or other hearing protective devices.

But even if the damage has been done, you have options.

“Noise-induced hearing loss can be treated before permanent damage occurs, and if it already has occurred, certain cells and neurons in your ears may be able to be repaired,” Oghalai adds. “And with recent advances in digital technology, hearing aids can now be custom fit and programmed so that they work quite effectively for most people.”

Why Do I Have So Much Earwax?

A buildup of earwax can not only be embarrassing but also can cause more health problems. Here’s how to deal...
Read more

5 Things To Know Before Choosing a Hearing Aid

Our expert audiologist shares tips on how to pick the best hearing aid for you, including what types of devices...
Read more

Feeling Off-Balance? The Problem Might Be in Your Ears

If you’re feeling a little unsteady on your feet, it’s not just in your head. It might actually be in...
Read more

Reaching for a cotton swab whenever your ears feel stuffed or clogged, may cause more harm than good. Like an...
Read more

How To Prevent Ear Infections When It’s Cold

It’s not just kids who get ear infections — adults can have them, too. Here’s how to reduce your risk....
Read more

From viruses to lactose intolerance, there are a number of causes that might be behind this unpleasant symptom. Most people...
Read more
navigate_before Previous navigate_next Next
calendar_todayRequest an Appointment phoneCall Us: (800) USC-CARE searchFind a Provider placeFind a Location